Ka maumahara tonu tatou ki a rātaou - We will remember them 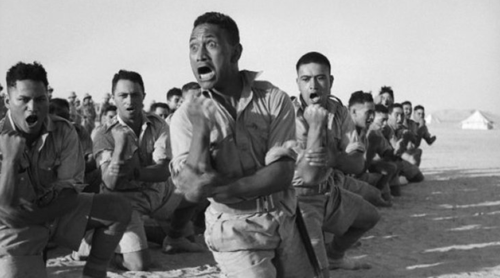 Of the four men you can see, only one survived and made it home from World War II. The 28th (Māori) Battalion were sent to some of the harshest battles faced during the war and as a result incurred an excessively high casualty rate.

We're remembering our Second World War 28th (Māori) Battalion - here's some of what we have learned.

It was a contentious issue that Māori offered services for the Second World War (1939 – 1945). Following the effects of colonisation and the New Zealand Land Wars it’s fair to say that not all Māori were keen to volunteer for the British Empire. Leaders such as Te Puia Hērangi were very hesitant, while Sir Aparina Ngata believed participation was exceptionally important and in line with Te Tiriti o Waitangi.

Supported by iwi leaders and Māori politicians, many young Māori came forward as volunteers and the 28th (Māori) Battalion was formed as an all Māori infantry unit.

The 28 Māori Battalion was arranged into Companies A, B, C and D. These were predominantly made up of iwi such as:

The New Zealand 28th (Māori) Battalion fought in many of the most extreme battles of the Second World War across Greece, Crete, North Africa and Italy. There are many accounts of the Battalion’s extraordinary heroism, humour, optimism, unity and musicality. They became internationally famous and by the end of the Second World War in 1945, they were our most celebrated infantry. They were also our most decorated, with the 28th (Māori) Battalion receiving 99 honours and awards – the highest of all New Zealand infantry battalions.

Famously, German General Siegfried Westphal, Field Marshal Rommel's chief of staff, stated "Give me the Māori Battalion and I will conquer the world."

Sadly, the Māori Battalion’s casualty rate was 50% higher than the average over all the New Zealand infantry battalions. This, and their noted recognition are a mark of the extreme battles they fought and risks they were prepared to take. NZ Division Commander General Freyberg famously said: "No infantry had a more distinguished record, or saw more fighting, or, alas, had such heavy casualties..."

We love this video of the 28th (Māori) Battalion using some time in Italy to waiata for American troops. 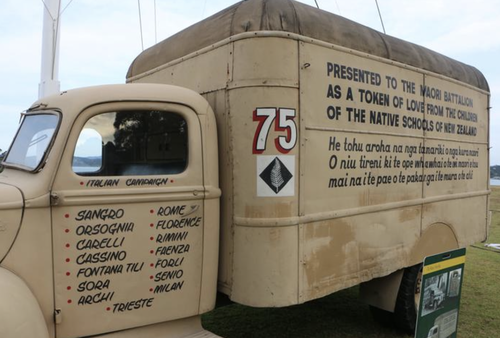 Te Rau Aroha is a term of respect given to those whose actions embody courage and service to their fellow citizens (Te Rau Aroha Museum,Waitangi).Te Rau Aroha, was the gifted name of a mobile canteen truck, sent from Aotearoa to the 28th (Māori) Battalion soldiers, filled with treats and kai from ‘home’ as mark of manakitanga and funded by local kura - tamariki and whānau, just like your own. They raised money and sent preserves for Charlie YM Bennet, whow served them, alongside a hot kaputī and news of home.

We have read stories of how Te Rau Aroha broke down a number of times, resurrected, pulled through long stretches of terrain - an important part of this time. Te Rau Aroha embodied its name carrying not just ‘supplies’ but aroha,awhi and hope. Upon returning to Aotearoa Te Rau Aroha toured kura as a thank you and has recently been given pride of place at Te Rau Aroha Museum, Waitangi. Beloved and fiercely protected, even today. To read more head here.

You might like to print our Anzac Workbook for tamariki and whānau to work their way through in the lead up to Anzac Day.

Our wars are often a fight over land and land resources. Encourage your tamariki to think about and connect to their maunga, their awa, and the places they call home - take a photo and paint/draw from this or explore your local history.

All of our whānau have been impacted by war, whether they went to war or not. Research whānau stories, visit the local Anzac epitaph and look at the names there - from your whānau, your community.

During the Italian campaign, the 28th (Māori) Battalion taught the locals a fun game! We call it Ki-O-Rahi, in Italy it is called Palla Māori!

We can learn this game as a way to engage our tinana in movement while also learning an important part of history!

Ki-O-Rahi also tells an important story in Te Ao Māori which can be found here.

Learn to play using this video.

but you may find tamariki know ki-o-rahi and can teach you and others in your class. You can also find ki-O-rahi in the Movewell resource under invasion games, on Page 58.

And more information can be found here too.

Communication during time of war has often relied on the good old post and letter writing. You might like to search some up - study the handwriting and how it differs from your own tamariki.

Could tamariki write letters to people they miss? Sneak an anzac biscuit in!

Honouring the spirit and values of our people who fought for us to be safe and do what they felt was right. How do we remember them?

A simple karakia can help ground us, and reflect on all we’re thankful for.

Tuia i runga - That it be woven above

Tuia i raro- As it is below

Tuia i waho - Woven without

Tuia i roto - As it is within

Tuia i te here tangata - Interwoven within the threads of Humanity

Check out our top tips for surviving, thriving and bringing your A-game!

END_OF_DOCUMENT_TOKEN_TO_BE_REPLACED

For simple ideas on getting wellbeing into your weekly planning, sign up to our Sparklers newsletter today.